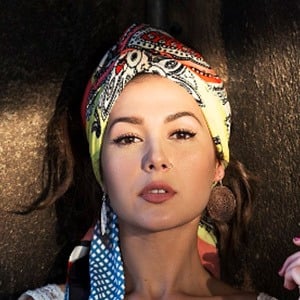 Venezuelan singer who is known for her work with IMG and Casa Limon Records. She is recognized for her popular songs "Patria", "Volvere A Mi Tierra", and "Me Llaman Nella". She is also known for her touring and has performed in countries such as Panama, Mexico, the United States, and England.

She graduated from the Berklee College of Music where she was a soloist focusing on avant-garde music based on the folklore of Venezuela. She started gaining attention in 2018 when her songs were featured in the film Todos Lo Saben.

She has sang with and collaborated with a wide range of other vocalists and artists including Alejandro Sanz, Jennifer Lopez, Carlos Vives, and Luis Enrique.

She was born and raised on the island of Margarita in Venezuela.

She is known for having starred as an actress and singer in the Asghar Farhadi feature film Todos lo Saben where she starred alongside Penélope Cruz, Javier Bardem, and Ricardo Darín.

Nella Rojas Is A Member Of