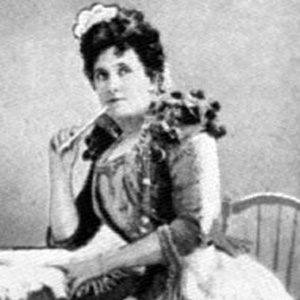 Australian opera singer who was internationally recognized for her soprano voice and later became a singing teacher at the Melbourne Conservatorium.

She studied music and played in concerts around Melbourne as a teenager.

Although many people thought her voice was well-suited for Mozart, she never sang any of his work.

She had a son with her divorced husband Charles Nesbitt Frederick.

In 1907, she sang for Oscar Hammerstein I at his house in New York.

Nellie Melba Is A Member Of