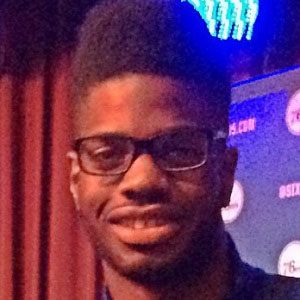 Center who played one season at the University of Kentucky before going professional. He was drafted 6th overall by the New Orleans Pelicans in 2013 and then traded to the Philadelphia 76ers on draft day. In 2017, he was traded from the 76ers to the Dallas Mavericks.

ESPN and various other sources had him ranked as the number one high school recruit in the country after a remarkable career at Tilton School in New Hampshire.

He became well-known for his hi-top fade hairstyle.

He was born to a pair of Haitian immigrants.

He came to the University of Kentucky with high expectations after Anthony Davis had led the school to an NCAA Championship as a freshman.

Nerlens Noel Is A Member Of