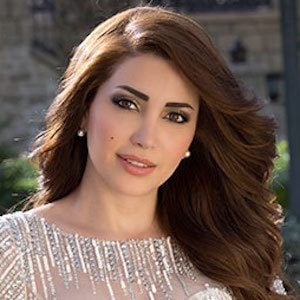 Actress who broke out with her performance as Subeh on the series Rabia Cortoba and has since starred on shows like Saher Asahraa and Hikayat Alghouroub. She is also a singer who has found success with the songs "Metghayar Alayi" and "123 Habibi."

She studied at the High Institute for Theatrical Arts in Damascus, Syria.

She founded her own magazine called Nisrine, which was a hit in Syria and Lebanon.

She is the daughter of famous poet Yousef Tafesh. She is the youngest of seven children.

She was cast alongside Taim Hasan on the series Rabee' Qortoba.

Nesreen Tafesh Is A Member Of