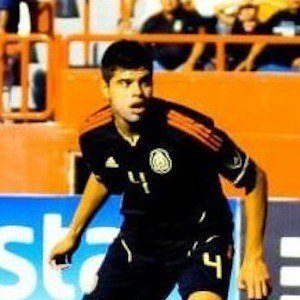 Mexican professional football player who is known for his work with the Liga MX club Santos Laguna as a defender. He is also known for being a member of Mexico's national team.

He first began his youth career in 2007 when he joined the club Cruz Azul. In 2010, he began his senior career moving up to the Cruz Azul first division. In 2011, he made his debut appearances for Mexico's national team.

He has won several awards and honors for his playing including the Liga MX award for Clausura 2017 Best Defender.

His older brother Felix is also a professional defender who plays for Jaguares de Chiapas.

Néstor Araujo Is A Member Of