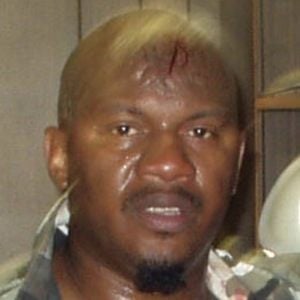 Professional wrestler known for his time in the ECW and on independent circuits, where he established himself as one of the most violent and willing participants in the sport. He became famous for his balcony dives, which he's admitted were often fueled by his cocaine use.

He was working as a bounty hunter when he started wrestling in 1992 and quickly established his shows as bloody spectacles, often going to jail for his actions in the ring.

One of his more infamous balcony dives was a failed attempt in 2000 where wrestler Vic Grimes fell on top of him, causing New Jack to go blind in one eye. He derived his name from the movie New Jack City.

He was born Jerome Young in Greensboro, North Carolina. He was married to Jennifer Young.

His official retirement match came against fellow hardcore wrestler Necro Butcher in 2013, although he would again start competing in 2016.

New Jack Is A Member Of