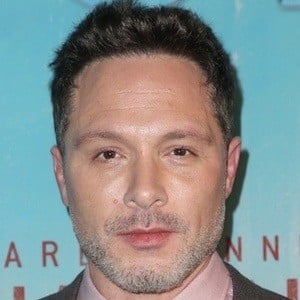 Famous for creating, writing, and producing the HBO series True Detective, he is also notable for penning two episodes of the AMC series The Killing. Also an award-winning fiction writer, he wrote the novel Galveston (2010) and the short story collection Between Here and the Yellow Sea (2006).

After earning a bachelor's degree in philosophy and English from Louisiana State University, he entered the creative writing Master of Fine Arts program at the University of Arkansas and was the recipient of two prestigious literary fellowships.

The child of Nick and Sheila Pizzolatto, he grew up in poverty in New Orleans and Lake Charles, Louisiana. He and his wife, Amy, raised their daughter in Ojai, California.

Nic Pizzolatto Is A Member Of