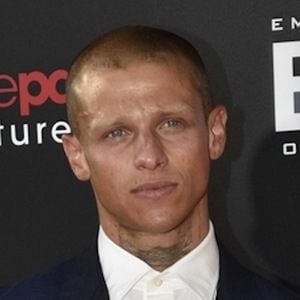 Canadian actor who co-starred as Harry Brooks in the 2014 film Unbroken. He also played the lead role in the film Jamesy Boy.

He made his professional film debut in 2013 in the role of Conrad Hartman for the rom-com At Middleton. He was honored with the Denver Film Festival Rising Star Award.

He attended the Robert Land Academy military school for his high school years.

He was born in Toronto to a father who is a lawyer and mother who is a dancer and opera singer. His parents divorced when he was young. He has an older brother named Santino.

He starred alongside Mary-Louise Parker in Jamesy Boy.

Spencer Lofranco Is A Member Of