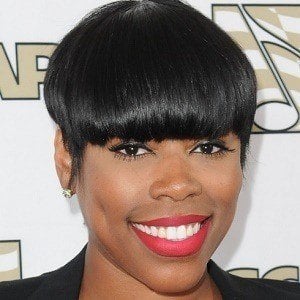 Singer who originally captured the spotlight as a member of the Grammy-nominated '90's R&B group Brownstone. She later gained increased exposure through her appearances on the TV One series R&B Divas, which she also created and executive produced.

She met the other members of Brownstone while attending various auditions in the Los Angeles area.

In 2012 she launched her own line of plus sized clothing called Curvato.

She was raised primarily by her mother and has two sisters. She married Leonard M. Daniels in 2010.

She and Dawn Robinson both starred on R&B Divas: Atlanta.

Nicci Gilbert Is A Member Of