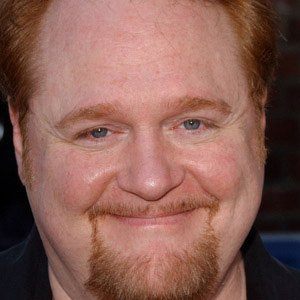 Actor who provided the voice of Sabrina's witty cat Salem on the television series, Sabrina the Teenage Witch and Norbert Beaver of The Angry Beavers.

He attended Kenyon College in Ohio after growing up in Buffalo, New York.

He co-wrote the script for the comedy Paul Blart: Mall Cop.

He married his wife, Robin, whom he met at Comedy Central.

He was in the TV series Til Death with Brad Garrett.

Nick Bakay Is A Member Of