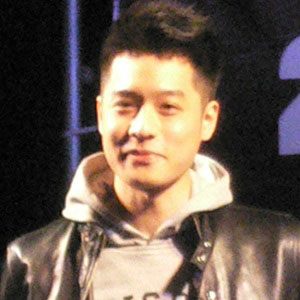 Taiwanese singer and actor who found fame with the release of the C-pop albums Nick Chou and S.N.G., released in 2010 and 2012 respectively. He made his television acting debut as Chang Shao Feng on the romantic comedy series I Love You So Much in 2013.

He began studying abroad in the United States at age 15. He first gained significant media attention after appearing the music video for "Real Man" by Jolin Tsai.

His mother Billie is an actress who appeared in dramas like The Rose and Love Buffet.

He and Ken Chu are both popular pop singers from Taiwan.

Nick Chou Is A Member Of