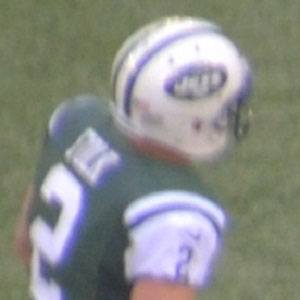 NFL placekicker who was selected by the New York Jets in the 2007 NFL Draft and named to his first Pro Bowl as a rookie.

He was a placekicker with Arizona University, recording a career-long 52-yarder in 2005 against USC.

He was the first Jets kicker with five field goals in a home game since Pat Leahy did it back in 1984.

His younger brother, Gregory, played in the MLS with the L.A. Galaxy.

He can trace his family history back to William Bradford and the Massachusetts Bay Colony.

Nick Folk Is A Member Of