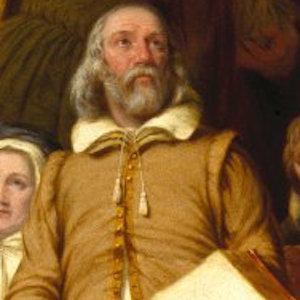 Founder and Governor of Plymouth Colony, the first British colony in North America. He was one of the one-hundred people to depart England for a new world on The Mayflower and he is often credited with coining the word "Pilgrim" to describe those aboard the ship.

He grew up in a prosperous farming family in Yorkshire, England.

His journal, 'Of Plymouth Plantation' covering the period from 1620 to 1657 , was one of the very first written histories of European settlements in America.

His wife Dorothy May traveled with him to settle in what became Massachusetts but she died on the voyage after she fell off the side of the Mayflower and drowned.

Noah Webster was a distant descendant of his.

William Bradford Is A Member Of