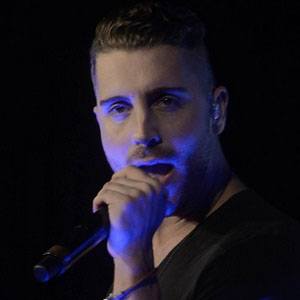 Season 14 winner of FOX's hit reality competition series American Idol. He is the lead vocalist of the pop rock band Beach Avenue. He was previously signed to Big Machine, but left the label, in 2017.

He and Beach Avenue competed on the 9th season of America's Got Talent after forming in the summer of 2011 to perform at Mohegan Sun's annual Battle of the Bands.

With Beach Avenue, he released EPs called Something to Believe In and Driving That Road.

He has a sister named Elizabeth. His parents are named Nick Fradiani Sr. and Elizabeth Fradiani.

He competed in the same season of American Idol as Maddie Walker.

Nick Fradiani Is A Member Of