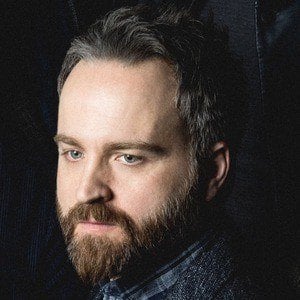 Bassist who began performing as a member of the acclaimed alternative rock band Death Cab for Cutie in 1997. He is known to fans for his longtime use of Lakland Skyline Bob Glaub Signature basses.

He was elected President of his senior class at Governor John R. Rogers High School in Puyallup, Washington, where he was also a member of the water polo and swim teams.

He stated it the documentary Open Windows that only wears blue, black and brown during concerts.

His father, George, served as a Lieutenant Colonel in the U.S. Army. His mother, Sheryl, was a director for the nonprofit group Committee for Children. He married a woman named Kate in November 2010.

He played with guitarist Chris Walla in Death Cab for Cutie from 1997 to 2014.

Nick Harmer Is A Member Of