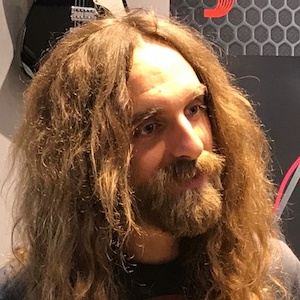 Singer/songwriter and self-taught guitarist. He's released three albums of instrumental music and has toured all over the world performing and teaching.

He started playing the guitar after a neighbor who played moved in nearby and inspired Nick to start playing.

He's also passionate about comics and has hired comics illustrators to create his album art.

He got introduced to comics as a child because he was exposed to his father's collection of books from the 70s.

Nick Johnston Is A Member Of