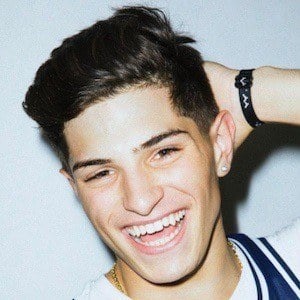 Former ICONic Boyz member who joined the five-piece boy band PRETTYMUCH in 2016. He has been a featured dancer on Saturday Night Live and MTV's MADE, along with appearing on Disney's Shake It Up.

Before PRETTYMUCH, he competed on the sixth season of MTV's America's Best Dance Crew with the ICONic Boyz in 2011.

He also starred in a short film called Freeman Velocity and the off-Broadway show Me and Casear Lee.

He has two older brothers, Rob and Chris. He has dated Alexys Cruz.

Nick Mara Is A Member Of