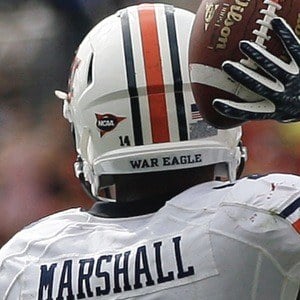 Quarterback who shot to fame in 2013 as the starter for Auburn University.

He began his college career with a year at cornerback for the University of Georgia; after that he had a year at quarterback for Garden City CC.

He was born in Pineview, Georgia.

Following the 2013 season, he battled Florida State and Jameis Winston for the BCS National Championship, but came up just short.

Nick Marshall Is A Member Of