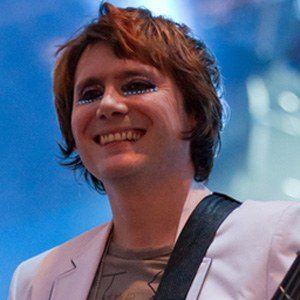 Born Nicholas Allen Jones, he is a singer-songwriter and bassist of the Welsh band Manic Street Preachers.

He played football at a young age and was captain of the Welsh national schoolboys' team when he was 14 years old.

He was chosen as Chair of the Advisory Board for the commercial Xfm South Wales Radio Station in 2007.

He married his childhood sweetheart Rachel in 1993, and they have two children, Stanley and Clara.

His first solo single Break My Heart Slowly premiered on 6music with Phil Jupitus in 2006.

Nicky Wire Is A Member Of