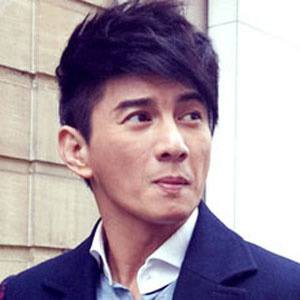 Taiwanese singer and actor known for being part of the band Little Tigers.

He was discovered in 1988, which led him to audition for Little Tigers.

He has a been a professional athlete in the past, which contributed to his fight scenes in film.

He is joined by Alec Su in Little Tigers.

Nicky Wu Is A Member Of