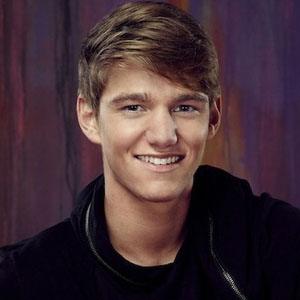 Dancer turned actor who rose to fame for his Top 10 finish on the tenth season of So You Think You Can Dance. He went on to star as Calvin Maxwell in the Nickelodeon series Power Rangers Ninja Steel.

He started dancing at age eight and received his early training at Virginia's Strictly Rhythm Dance Company. After graduating from Osbourn Park High School, he began his dancing, modeling, and acting careers.

He is also notable for his membership in the Broadway and national tour casts of the musical Newsies.

He was born and raised in Woodbridge, Virginia. He has dated actress Zoe Robins. He has two sisters named Gabriella and Natalie.

He and Du-Shaunt Stegall were both among the Top 5 male dancers in So You Think You Can Dance; Stegall, however, ultimately won the competition.

Nico Greetham Is A Member Of