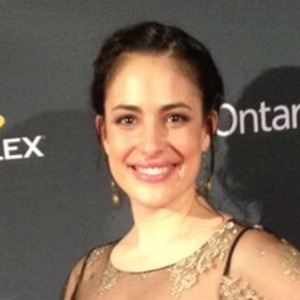 Actress and singer with a series regular role in the show Burden of Truth as Diane. She previously starred in Annedroids and landed recurring roles in both Shadowhunters: The Mortal Instruments and The Strain.

She graduated from Etobicoke School of the Arts, Studio 58 and the Birmingham Conservatory for Classical Theatre.

She provided her voice for the CBC documentary TV series The Passionate Eye, the newsmagazine The Fifth Estate and the radio drama Afghanada. In addition to singing, she learned to play piano and guitar and trained in modern, classical, jazz, step and tap dance.

She starred alongside Kristin Kreuk in Burden of Truth.