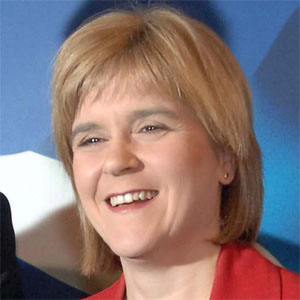 After earning her law degree from the University of Glasgow, she ran unsuccessfully for a 1992 Glasgow Shettleston seat in the Scottish Parliament.

She was the 2008 recipient of the Scottish Politician of the Year honor.

In 2010, she married fellow Scottish National Party politician Peter Murrell. Her mother, Joan Sturgeon, also had a career as a politician.

Nicola Sturgeon Is A Member Of