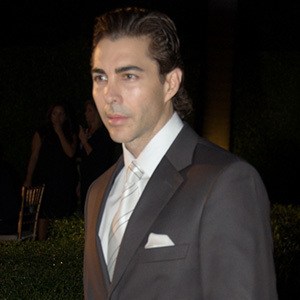 Venezuelan fashion designer who is known for his Couture style which he designs for celebrities, fashion weeks, and a variety of Red Carpet events. He has designed dresses for a variety of celebrities attending premieres and galas including for Jacqueline Bracamontes, Chiquinquirá Delgado, and Ana Patricia Gámez.

He first started his career in fashion as a photographer. After working with Alexander McQueen and The House of Givenchy, he began working as a designer as well.

He has won several awards for his fashion design work including the UNESCO Personality of the Year Award, Best Designer of Miami Fashion Week by Tiffany & Co., and the Zanetti Murano Award in Italy.

He was born and raised in Venezuela and shared a photo with his mother through Instagram in September of 2018.

He has designed clothing for several iconic celebrities and cultural icons including Adrien Brody, Naomi Campbell, and Marjorie de Sousa.

Nicolás Felizola Is A Member Of