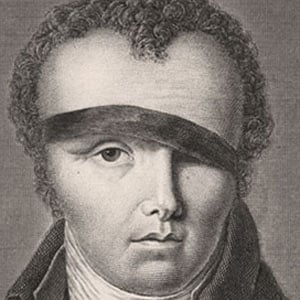 Balloonist and army officer who also invented the modern pencil. He was known for his mechanical genius that aided the French army in Egypt greatly.

He possessed a pioneering interest in aeronautics and even built his own hot air balloon. He helped develop the production of hydrogen gas as well.

His invention of pencil lead came after the influential French Revolutionary Wars politician Lazare Nicolas Marguerite Carnot enlisted his services, mainly because an economic blockade against France kept graphite from being imported from Great Britain.

His family was residing in Aunou-sur-Orne, Normandy, when he was born.

He was called a universal man who had taste, understanding, and genius by Napoleon Bonaparte.

Nicolas-Jacques Conte Is A Member Of