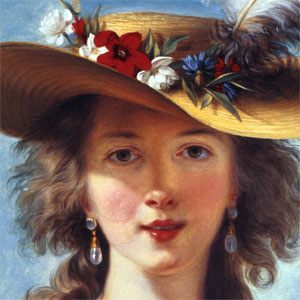 Widely considered the most important female painter of the 1700's. She is known for masterworks like 1783's Portrait of Marie Antoinette.

Her studio was seized due to her practicing without a license, after which she applied to Academie de Saint Luc.

She fled France during the French Revolution and lived in Rome, where her work was met with great acclaim.

Her father was portraitist Louis Vigee.

She worked as the personal court painter of Marie Antoinette.

Louise Elisabeth Vigee Le Brun Is A Member Of