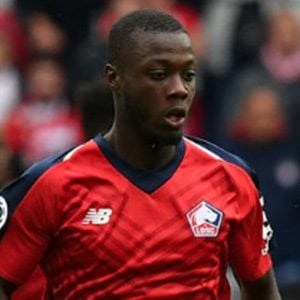 Professional footballer who plays as a right-winger for Lille, whom he signed a five-year deal with in 2017. In 2019, he'd join Arsenal FC.

He made his professional debut in 2014 with Angers.

He was born in France to Ivorian parents and plays for the Ivory Coast's national team.

Gervinho has also played for the Ivory Coast's national team.

Nicolas Pepe Is A Member Of