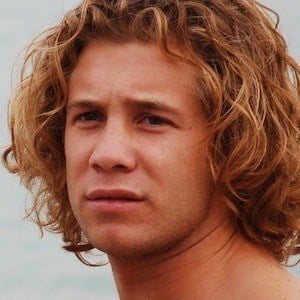 Actor and singer, he is most famous for his role on Casi Angeles and his participation with the teen pop group associated with the television show, Teen Angels. In 2012 he was in the television series Candy Love, playing the character Lucas Pedroso.

He began his acting career in 2002 with a role on the television show Kachorra. He was cast in Casi Angeles in 2007 in the role of Juan "Tacho" Morales.

Teen Angels has released multiple platinum records since its inception in 2007.

He dated Casi Angeles co-star and Teen Angels band member Rocio Igarzabal on and off when she joined the show. In January 2015 they revealed in an interview that they would always care for each other but that they had broken up.

He and Lali Esposito were both part of the Argentinian television show Casi Angeles and its band Teen Angels.

Nicolás Riera Is A Member Of