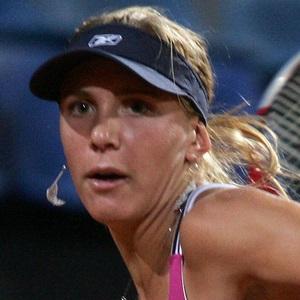 Czech female tennis player who has been ranked in the worldwide top ten during her career. In 2006, she became the twelfth-youngest player in history to crack the top ten.

She began her professional career in 2003 and reached three straight finals that year.

She retired in 2010 but announced that she would attempt a comeback in September 2014.

She defeated Jelena Jankovic to earn her first major title of 2005.

Nicole Vaidisova Is A Member Of