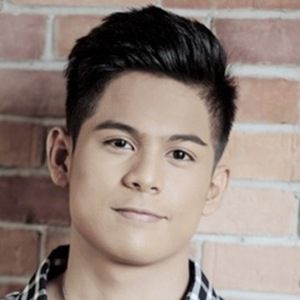 One of five winners of the reality show Pinoy Boyband Superstar which led him to a recording contract with Star Magic, and a position as a member of the Filipino boy band Boyband PH.

He had to stop attending school due to his family's financial struggles.

He took free voice and dance classes at a talent center.

He grew up as one of eight siblings.

He is joined by Russell Reyes as two of the five members of Boyband PH.

Niel Murillo Is A Member Of