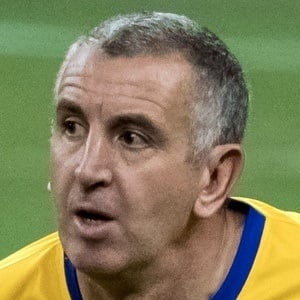 He began his career playing with his hometown Birmingham City, but did not play professionally until joining Wimbledon in 1983.

In his career with Arsenal he won three league titles, two FA Cups and a European Cup Winners Cup.

He was born in the English midlands, in Arley.

He and Michael Owen both represented England in international competition.

Nigel Winterburn Is A Member Of