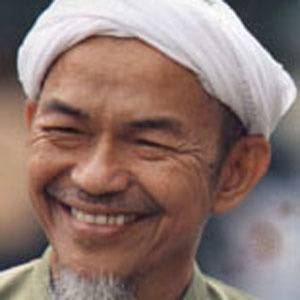 Politician and Muslim scholar who led the Malaysian state of Kelantan from 1990 to 2013.

He was one of five children raised by a single father who worked as a blacksmith; remarkably, he went on to attend Egypt's Al-Azhar University, where he studied Islamic law.

He became a member of the Pan-Malaysian Islamic Party in 1967.

He was married twice, to Tuan Sabariah and Tuan Ishak, and fathered ten children.

His political contemporary, Anwar Ibrahim, served as a Deputy Prime Minister of Malaysia.

Nik Abdul Aziz Is A Member Of