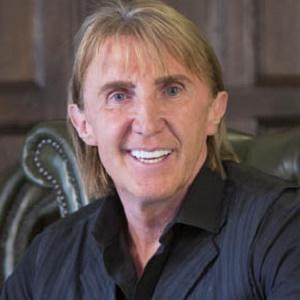 Famous as one half of The Speakmans, he is a celebrity therapist who created Schema Conditioning Psychotherapy. He has also had a successful television career, regularly being featured on the ITV show This Morning and hosting his own show The Speakmans alongside his wife Eva.

At the age of 20, he was diagnosed with IBD and was told he had either 8 weeks to live or he would have to have his bowel removed. He checked out of the hospital, found an alternative and began to create his therapy.

He is a big animal lover and has several exotic pets including an African Serval.

He and his wife Eva live in Littleborough, Greater Manchester, England, with their children Hunter and Olivia.

Nik Speakman Is A Member Of