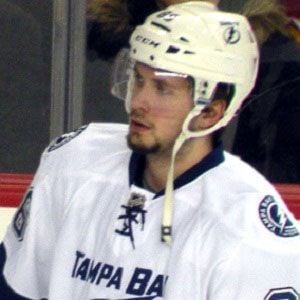 Skilled and speedy NHL winger who debuted with the Tampa Bay Lightning in 2013. He won the NHL's Hart Trophy, given to the league's MVP, in 2019.

He was playing for CSKA Moscow of the Russian Continental Hockey League when the Lightning selected him 58th overall in the 2011 NHL Draft.

He was born in Maykop, Russia.

He and linemate Tyler Johnson led the Lightning in assists during the 2014-15 season.

Nikita Kucherov Is A Member Of