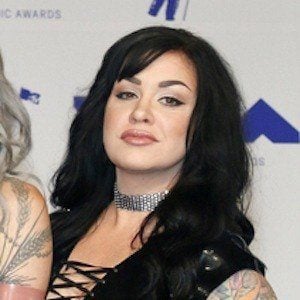 Tattoo artist who rose to fame on season eight of the Spike television series Ink Master. She showcases her latest tattoo artwork on her Instagram, where she has amassed over 260,000 followers.

She worked at a tattoo shop called Generation8 Tattoo in Los Angeles.

Her boyfriend plays in the band Within The Ruins.

She appears on Ink Master and has been judged by fellow tattoo artists Oliver Peck and Chris Nunez.

Nikki Simpson Is A Member Of