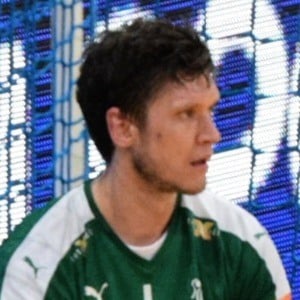 Handball player who made a name for himself as one of the best goalkeepers in the world while representing Denmark, with whom he won gold at the 2016 Summer Olympics. Additionally, he was named Handball-Bundesliga's Best Goalkeeper in 2014, 2015 and 2017.

He hails from Søborg, Denmark and played for KFUM København as a youth player.

He was named as the Danish Player of the Year in 2014.

He married Liv Skov Christensen in 2017. He is the older brother of fellow handball player Magnus Landin Jacobsen.

Niklas Landin Jacobsen Is A Member Of