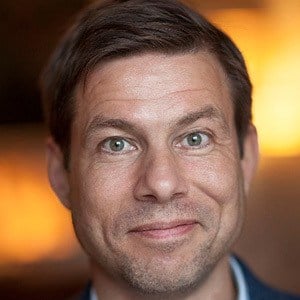 Swedish journalist and writer who is known for his work as a writer for several different press outlets including Ostgota Correspondent, Svenska Dagbladet, and Arbetaren. He is also known for having won the Olle Stenholm Memorial Award for Ethics and Debate in 2010 for his work in investigative journalism.

He started his career as a reporter in 1997, working for the Sydsvenskan newspaper. He later started working for Dagens Nyheter in 2012. He gained further attention writing about several extremist groups throughout Sweden for the Svenska Dagbladet newspaper.

He was awarded the Journalist of the Year award from the Swedish government in November of 2016 due to his investigative works.

He was born and raised in Motala, Sweden. He is the brother of fellow journalist Johan Orrenius.

Bengt Frithiofsson is a fellow Swedish journalist and reporter who is also known for his work as a writer with the newspaper Svenska Dagbladet.

Niklas Orrenius Is A Member Of