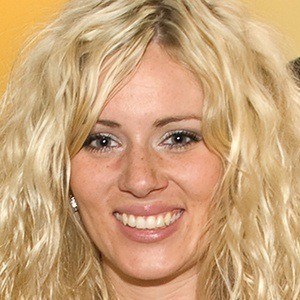 Television personality who is best known for hosting the fashion-related shows StyLife! and Stylissimo as well as the talent show Talentmania. She is also an actress who has appeared in such films as V Peřině (2011) and Lousy Bastards (2014).

She received a Bachelor's degree from the University of Finance and Administration in Prague.

She competed on the Czech version of the game show Wipeout in 2011.

She took an Instagram photo with her mother in November 2017.

She and Hana Maslikova are both famous Czech television hosts.

Nikol Moravcová Is A Member Of