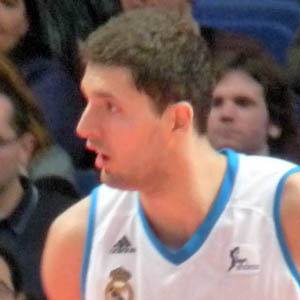 Yugoslavian power forward who signed with the Chicago Bulls in 2014 following an outstanding stint in Europe. He was a two-time Spanish King's Cup champion with Real Madrid in 2012 and 2014.

He played with the junior Real Madrid team starting in 2006 before signing with the senior team in 2008.

He won a gold medal at the FIBA Europe Under-20 Championships in 2011.

He and NBA forward Danilo Gallinari are both winners of the Euroleague Rising Star Award.

Nikola Mirotic Is A Member Of