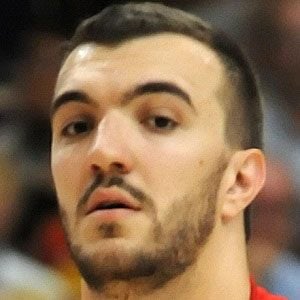 Montenegrin Center who broke into the NBA with the Minnesota Timberwolves in 2010.

He signed with his first professional team in 2003, Serbia's KK Atlas.

He was drafted by the Timberwolves with the 31st overall pick in 2008, but fulfilled his contract with team in Athens, Greece before coming over to the NBA.

His father, Miodrag, helped him get into basketball at an early age.

He began playing alongside NBA power forward Kevin Love with the Timberwolves in 2010.

Nikola Pekovic Is A Member Of