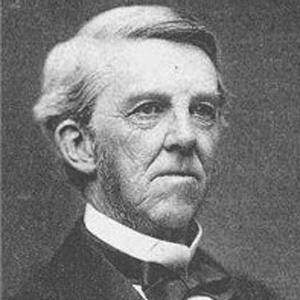 A nineteenth-century physician, teacher, and author, he is famous for his Breakfast-Table prose series, as well as for his 1830 poem, 'Old Ironsides.' He was one of the famous Fireside Poets, a group that included William Cullen Bryant, Henry Wadsworth Longfellow, John Greenleaf Whittier, and James Russell Lowell.

He graduated from Harvard Medical School and subsequently taught at both his alma mater and at Dartmouth College.

He published numerous literary works in The Atlantic Monthly, a publication that he helped establish.

He married Amelia Lee Jackson in 1840.

He and Ralph Waldo Emerson were literary contemporaries.

Oliver Wendell Holmes Is A Member Of