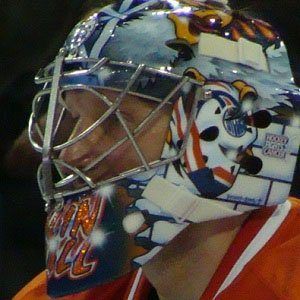 NHL goaltender known as The Bulin Wall. He who won a Stanley Cup Championship with the Tampa Bay Lightning in 2004.

He played for CSKA Moscow, the same team that produced many other Russian hockey greats of the 1990s.

He became the first Russian goaltender to win the Stanley Cup.

He married Viktoria Khabibulin in 2003.

He and Evgeni Nabokov were both played goaltender on the Russian national team.

Nikolai Khabibulin Is A Member Of