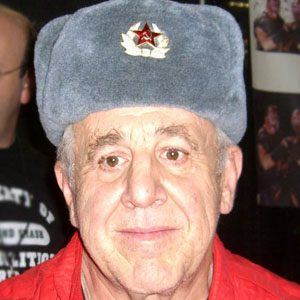 Professional wrestling veteran known for his Russian gimmick who began his career with the World Wide Wrestling Federation in 1970. He was inducted into the WWE Hall of Fame in 2005.

He competed as a member of the Yugoslavian weight-lifting team in the late 60's before moving to Maryland, where he worked as a code enforcement officer.

He ran in the Maryland Republican Primary for State Delegate in 2006 but was unsuccessful.

His real name is Josip Nikolai Peruzovic. He had two daughters.

He won a WWF Tag Team Championship with Iron Sheik.

Nikolai Volkoff Is A Member Of