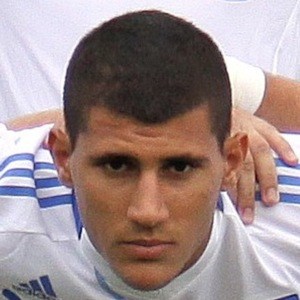 Soccer player who commonly goes by the nickname Nikos and who's known for his work as a left-handed forward. He's played with Belgian team K.R.C. Genk and been loaned to PAOK FC.

He signed his first professional contract at the age of 15.

HIs father was also a pro soccer player and got Karelis started in the sport at the age of six.

Nikolas Karelis Is A Member Of