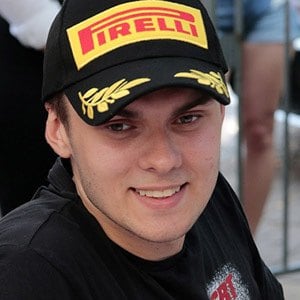 Russian professional rally driver who tasted fame when he won two stages of the Lada Granta Cup in 2013. He began participating in the ERC Junior Series and competed in the 2016 ERC Junior Championship.

He became affiliated with the SRT rally team while driving a Škoda Fabia R5.

He was named the Vice-Champion of Russia in circuit racing in 2014.

He posted an Instagram photo with racer Daniil Kvyat in November 2016.

Nikolay Gryazin Is A Member Of