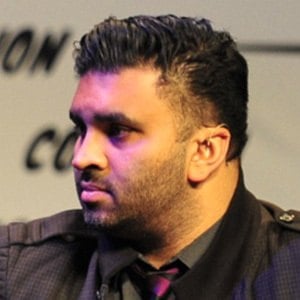 Professional journalist and attorney who earned acclaim as the editor-in-chief of the technology news site The Verge. Previously, he worked as a blogger and editor for the websites Engadget and Vox.

He was once named One of the 10 Voices That Matter in tech journalism by SAY Media.  He launched a Podcast called Decoder and his first guest was Mark Cuban.

He often shares photos of his daughter Max on social media.

He posted an Instagram picture with politician Alexandria Ocasio-Cortez in March 2019.

Nilay Patel Is A Member Of