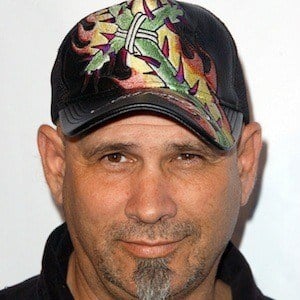 Longtime stuntman and stunt coordinator who has lent his talents to more than 100 films, including Galaxy Quest (1999), Anger Management (2003) and Code of Honor (2016). He has also had a successful acting career, appearing in such films as The Mask (1994) and Hope Bridge (2015).

He received his first credit as a stuntman on the 1992 Steven Seagal movie Under Siege.

He wrestled professionally under the name The Stomper in the Independent Wrestling Federation.

He married Renee Stewart. He is the father of Sage, Fivel, Maegan and Booboo.

He worked with director Rian Johnson as the stunt coordinator for the 2005 film Brick.

Nils Allen Stewart Is A Member Of