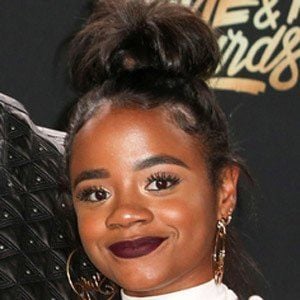 Her parents met in Queens, New York when both were teenagers. They married in 1995.

She appeared with her parents on an episode of Oprah's Next Chapter in a segment called "The Best Lessons LL Cool J Taught His Children."

Her mother's name is Simone Smith. She has three siblings, a brother named Najee and two sisters, Italia and Samaria.

Nina Simone Smith Is A Member Of