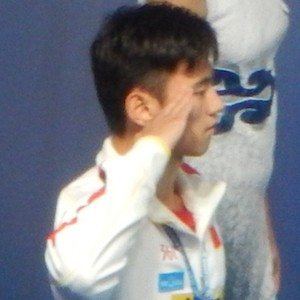 Chinese swimmer who specializes in the sprint freestyle events. He won the gold medal in the 100-meter freestyle at the 2015 World Aquatics Championships in Russia. He has competed in the 2016 Summer Olympics in Rio as part of China's swim team.

He was featured in a BuzzFeed article called People Can't Stop Talking About This Hot Olympic Swimmer in 2016 which received over half a million views.

He was born an only child to parents Ning Feng and Liu Wnhong. He first began swimming at the age of 8 to overcome his fear of water.

He beat South Korea's Park Tae-hwan and Japan's Shioura Shinri in the 100 meter freestyle at the 2014 Asian Games to clinch the new Asian record.

Ning Zetao Is A Member Of