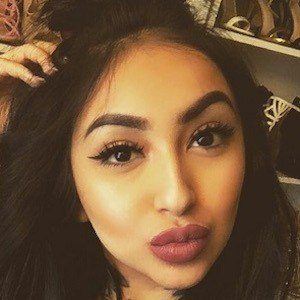 Model and video vixen who became huge on Instagram. She has also hosted industry events and done some promoting.

She has worked with Inked Magazine. She earned more than 950,000 followers on her nini-smalls Instagram account before disabling it. She then created a new Instagram under the handle ninismallse.

She has four children whose names are Alex, Max'E, Angel, and Luna.

She was featured in a song and music video by rapper Mr Capone E.

Nini Smalls Is A Member Of